I’m embarrassed to say that before reading Viktor E. Frankl’s “Man’s Search for Meaning”, I didn’t exactly know what logotherapy was. I picked up Frankl’s book because it kept being referenced as an important text in Holocaust Literature circles, a genre that holds a seemingly endless fascination for me. 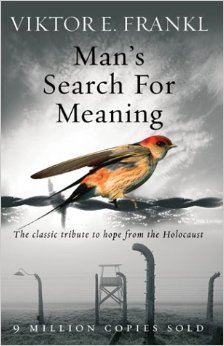 But I was surprised by just how much logotherapy resonated. As far as psycho-philosophical schools of thought go, I’ve gotta say that it has really struck a chord.

So what the hell is logotherapy?

Logos is a Greek word that literally means “meaning”. According to Frankl, its founder, logotherapy “focuses on the meaning of human existence as well as on man’s search for such a meaning.”

“This striving to find a meaning in one’s life is the primary motivational force in man.”

It’s a form of existential analysis and is widely considered the Third Viennese School of Psychotherapy, following Freud and Adler, respectively. Logotherapy is, in Frankl’s words, about “a will to meaning in contrast to the pleasure principle (or, as we could also term it, the will to pleasure) on which Freudian psychoanalysis is centred, as well as in contrast to the will to power on which Adlerian pschology, using the term “striving for superiority” is focused.”

I’m no psychologist or philosopher, but as far as I understand it, everything Frankl puts forward about this school of thought comes back to this idea of meaning. What is Man’s meaning? What is each individual person’s meaning? How do you pursue it? Can you pursue it? Does meaning change over time? Should it? All of these questions are encompassed in Frankl’s philosophy. Not necessarily answered, but certainly explored.

“Man’s Search for Meaning” details Frankl’s arduous trials through Nazi concentration camps, the basics of logotherapy, and the astonishing potential that the mind has through suffering. He regularly refers back to Nietzsche’s famous phrase:

“He who has a why to live can bear with almost any how.”

Apparently, readers and listeners take away three key points or messages from a presentation or text. So here are mine:

It’s all well and good talking about lofty ideals and schools of therapy, but how does any of this relate to getting through day-to-day life? Frankl offers this nugget of wisdom that sticks in my mind:

“Live as if you were living already for the second time and as if you had acted the first time as wrongly as you are about to act now!”

I find this a useful mantra to think about when I’m bored or annoyed, stressed or indecisive. (And for anyone who has seen Richard Curtis’ “About Time”, this idea is basically the conclusion to the entire film!) Living as if it’s already a second chance helps me appreciate and be grateful, as well as notice the urgency of time. 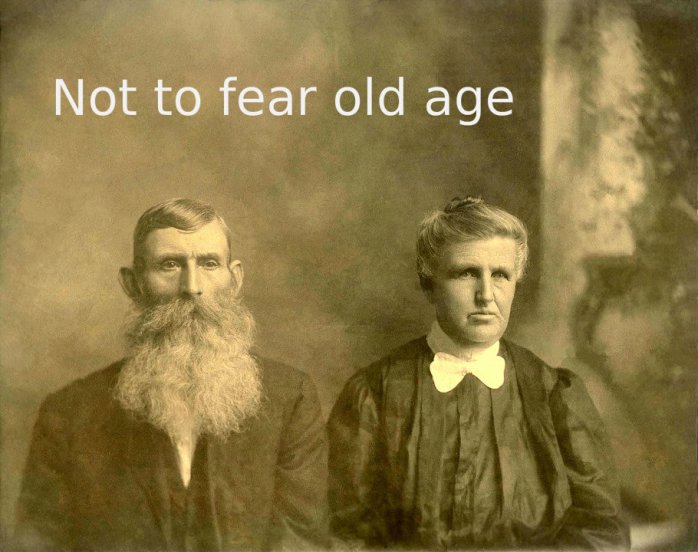 Everyone seems to be scared of ageing. Be it going grey, losing dignity or some other cruel conclusion to life’s struggles. But Frankl posits instead that old people are in fact to be envied:

“Realities in the past”, “potentialities they have actualised”, “meanings they have fulfilled”; these words are beautiful. Whatever difficulties abound in old age, the assets of the past cannot be undone. I aim to remember this when I’m grey and old.

Many of us – myself included – are so concerned with chasing happiness that being happy itself becomes elusive and impossible. Like when you’re desperate to sleep and are obsessing over it, but only do so once you stop trying. Frankl stresses the importance of reconfiguring these thought processes:

“By declaring that man is responsible and must actualise the potential meaning of his life, I wish to stress that the true meaning of life is to be discovered in the world rather than within man or his own psyche, as though it were a closed system. […] Being human always points, and is directed, to something, or someone, other than oneself – be it a meaning to fulfil or another human being to encounter. The more one forgets himself – by giving himself to a cause to serve or another person to love – the more human he is and the more he actualises himself. What is called self-actualisation is not an attainable aim at all, for the simple reason that the more one would strive for it, the more he would miss it.”

Striving for a better life isn’t a bad thing, but being present, being “in the moment” and experiencing are just as important. I don’t know if I’ll ever know my meaning to life, but I do know that searching for it will get me nowhere. Giving and serving, forgetting myself – these are the aims I want to focus on from now on.

As you might have guessed, this book has had quite the effect on me, and I’d recommend it to anyone who has ever wondered ‘what it’s all about’ (so, in essence, everyone).

← 10 Masterful Ways to Get a Graduate Job with Twitter
Insults, Book Titles and Headlines that (Hilariously) Beggar Belief →

Feel free to get in touch Cancel reply